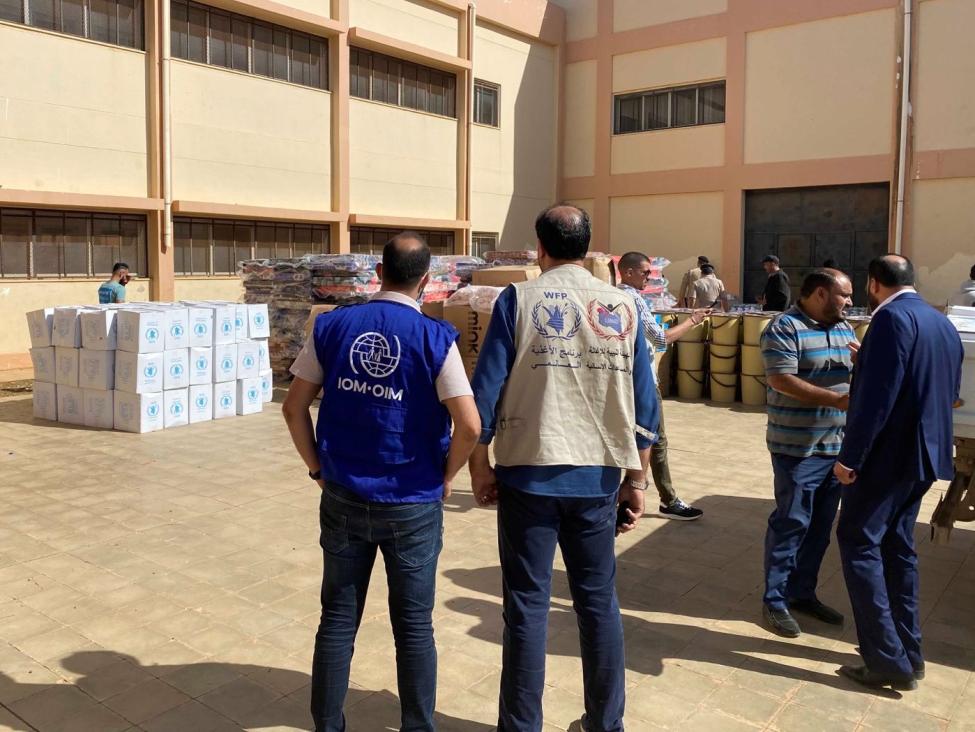 Tripoli - Over 150 families have been displaced due to flash floods in the eastern cities of Libya earlier this month. The floods have damaged houses and severely affected the provision of basic services including shelter, water, food, and health in the affected areas.

The Office of the Coordination of Humanitarian Affairs (OCHA) coordinated the rapid distribution of aid with humanitarian agencies including UNHCR, the UN Refugee Agency, local authorities and local NGOs, LibAid and the Libya Society Organization (LSO). WFP played the role of the RRM Coordinator and facilitated the collective transportation of WFP’s food, UNFPA’s family dignity kits and UNICEF’s non-food item packages from Benghazi to the distribution points where they were distributed by IOM.

UNHCR, the UN Refugee Agency, as the lead agency in the protection sector for displaced persons, distributed emergency assistance through its partner LibAid to affected families in the city of Derna. Each family received blankets, mattresses, plastic sheets, kitchen sets, hygiene kits, and winter clothing to stay safe and warm.

IOM, along with the food, drinking water and relief items provided by other RRM agencies, distributed non-food-items to more than 150 families displaced from their homes. Through a coordinated effort, IOM will continue to monitor the situation and provide needed humanitarian assistance.

To safeguard the dignity, health and wellbeing of the women and girls in the flood hit areas, UNFPA distributed dignity kits amongst 77 displaced families in Sidi Mahyous area in Al-Abyar municipality and 73 families in Taknis area in Jardas Al-Abid municipality.

UNICEF responded with the immediate provision of safe drinking water to 150 families affected by the flooding in Al-Abyar and Jardas Al-Abid municipalities.

When coupled with conflict, the climate crisis exacerbates existing vulnerabilities, magnifying the damage, destruction and despair. Extreme climate events in conflict-affected areas destroy the already meagre resources at the disposal of families and even hamper humanitarian efforts reaching communities. The United Nations in Libya is working together to help communities better adapt to the changing climate and also respond in the wake of climate induced disasters.

IOM Marks One Year of COVID-19 Vaccination Campaign in Libya